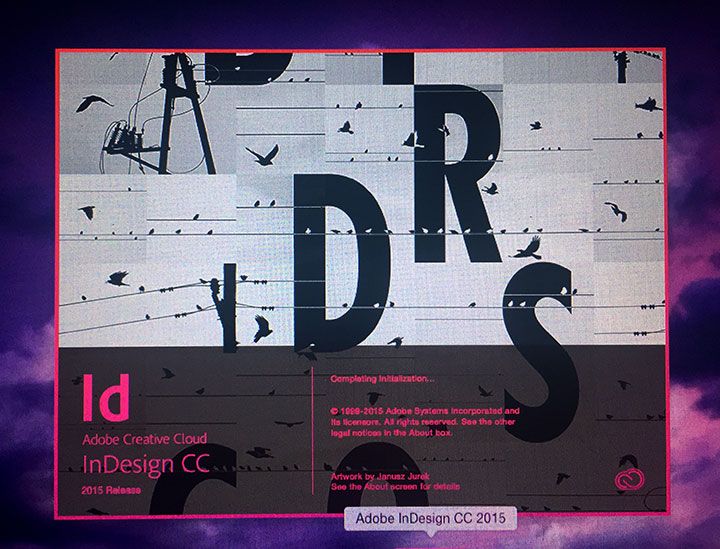 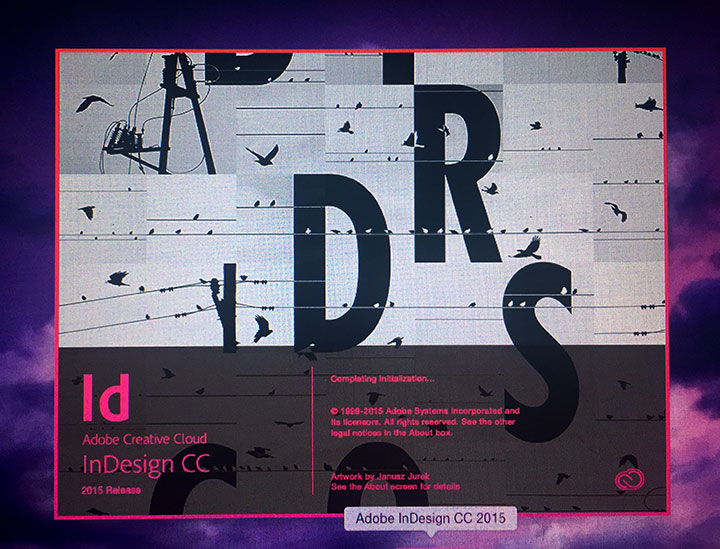 The Adobe InDesign launch screen: Some people see things that others don’t.

Launching an earlier update of Adobe InDesign for the first time, I saw something startling: a bleak grey sky, a guard tower, barbed wire, and birds—maybe scanning for carrion—adding emphasis to the starkness. Even the large letter “D” suggested something vaguely ominous.

Very confused, I took all of this in and quickly, incredulously thought, “What were they thinking? Why on earth would Adobe choose a representation of a Nazi concentration camp?”

I just as quickly understood that, of course, no one at Adobe was thinking of a Nazi concentration camp and that this scene of the Holocaust was my interpretation.

Rather than a sparse, open, Nebraskan plain with birds perched on telephone lines (yet another interpretation), or whatever the illustrator intended, the pieces triggered a strong association—a memory—but not from first hand experience (thankfully). I’m not sure how old I was (maybe eight?), when I first saw images of the Holocaust in an early 60s TV documentary. My memory of these images was strengthened by their intense emotional impact and are still deeply disturbing and painfully clear. For me and many others, over time, Holocaust images and stories became components of a broader, seemingly autobiographical memory. It also formed a collective memory, enlarged into cultural identification and cultural history, and came into play here by shaping my internal interpretation process.

What was also in play was the workings of our brain’s hard wiring. My perception was a classic example of a component of Gestalt theory: what one sees may not actually be there, or may not be what others see.

Fortunately, we have the capacity for critical thinking and insight, so the process of forming our reality is not wholly beholden to these influencers.

However, visual interpretation, indeed all sensory interpretation and our interpretation of language though a very personalized process, can still be manipulated. This can be intended, and in the case of the InDesign launch screen—unintended. In addition to appealing to our personal interests, this manipulation of perception drives the forces behind advertising by tapping into our attraction to nostalgia and our largely shared aspirations. Expedited and amplified by the immediacy and ubiquitousness of social media, it can draw upon the unique mythology of each culture—positive or negative, and the most current trends—profound or trivial.

As a graphic designer and art director, I sometimes employ these manipulators too. The lesson here? As the industrial designer Dieter Rams said,“Question everything generally thought to be obvious.”

Perception and past experience