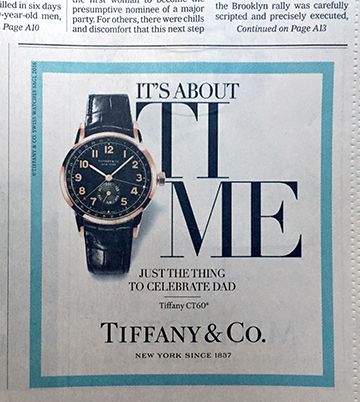 I recently saw an ad on the front page of the New York Times that was truly striking, but not in a good way. 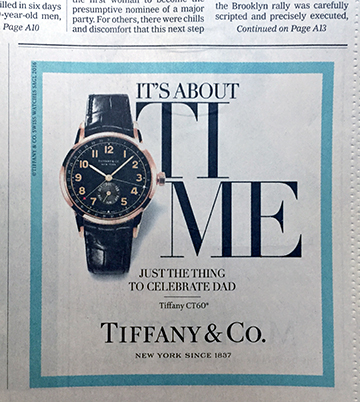 It does not work!

Why? Breaking up a word with a single syllable, “TIME”, is not disruptive in any engaging way, it’s just plain confusing, both visually and contextually. When you also consider the process of reading, and the internal vocalization that is usually a part of it, you will most likely say “TIE-ME”. Unless Tiffany is branching out it’s product mix to include well designed (and no doubt very classy) bondage items for those who want to celebrate Father’s Day this way, this is a pretty awful ad. (Front page, too!)

Given Tiffany’s long reputation for the highest level of design and the elegance of its brand, this ad seems even more peculiar. 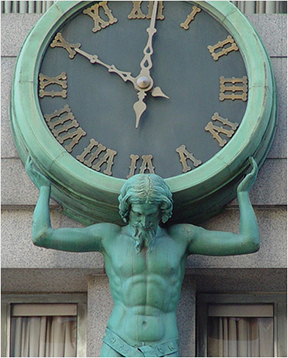 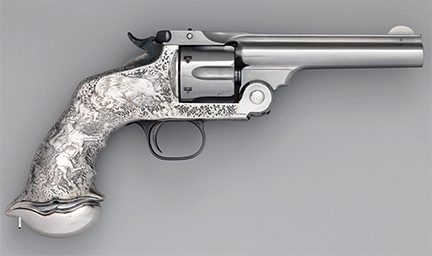 This ad reminded me of an one designed by Herb Lubalin almost sixty years ago. The Tiffany ad tries and fails to use the same graphic device that Lubalin used so successfully. 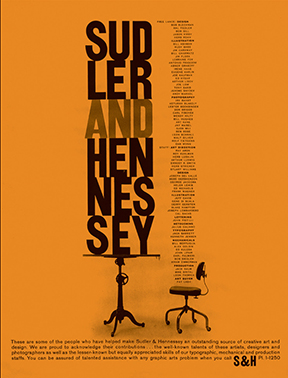 Why? Deconstructing the company name into syllables is visually disruptive but it grabs your attention and helps you remember the name. In this case, there are no words involved, just parts of names (and “AND”) and no words to think about or reassemble in your mind. Basically, as you read down, you’re saying sounds. Since the line breaks flow with the syllables, these sounds flow in a sensible way. The combination of the aural and the visual sticks

In considering the success or failure of these ads, I found myself thinking more generally about design in which typography (words, really) are the central graphic element as Lubalin used it here. Even though it had a very fresh and dynamic presence, working with type in this way certainly wasn’t a new thing at the time. There’s no way to know, but I imagine that in part, Lubalin was inspired by the work of Lucian Bernhard, a designer based in Berlin in the early part of the 20th century (who eventually moved to the US). Beginning with his role in the development of the Plakatstil, (Poster Style), Bernhard helped launch a new modern aesthetic that continues to influence contemporary design.

Herb Lubalin and some of his type driven work, along with one of his classic type designs, Avant Garde. 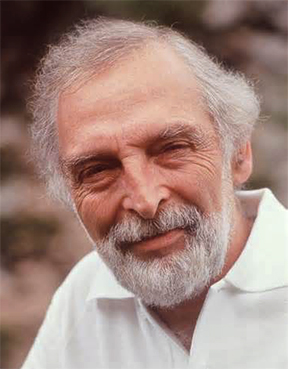 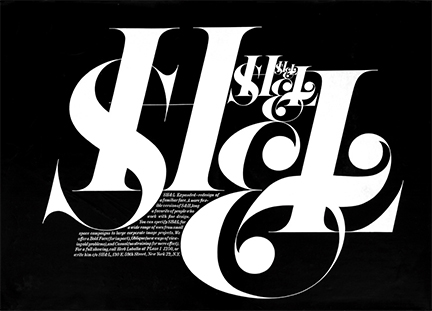 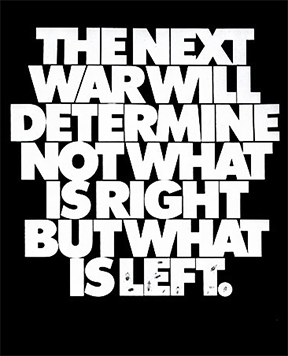 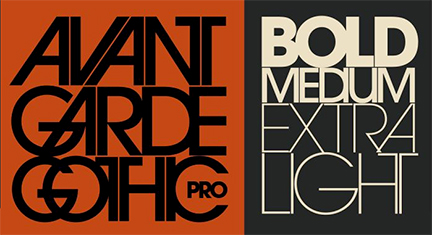 Lucian Bernhard and some examples of his Plakatstil design. 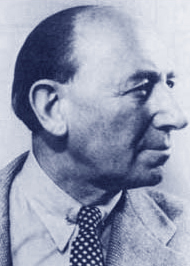 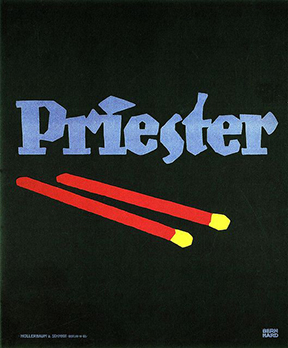 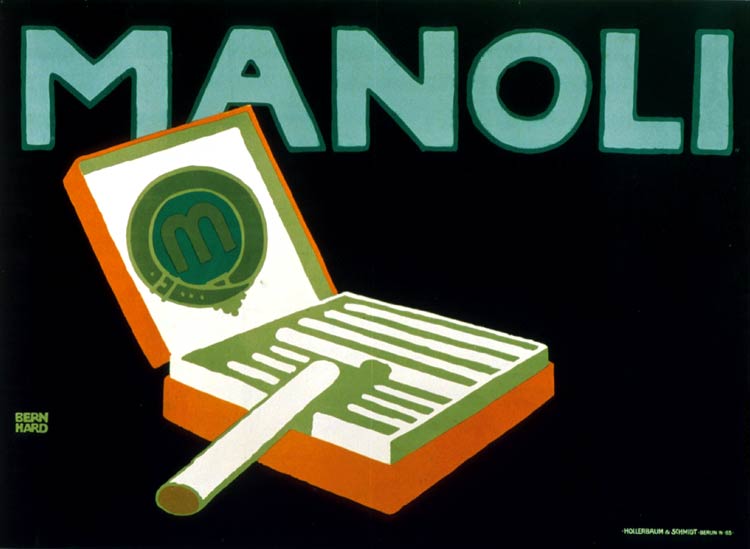 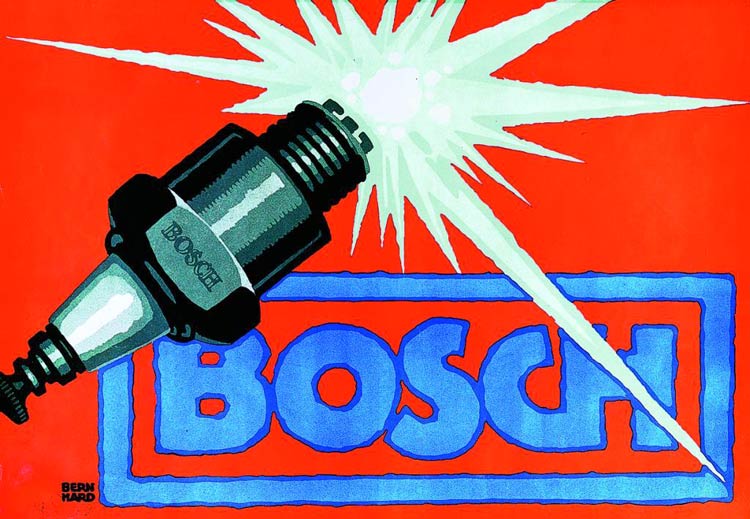 During the time I was first learning about graphic design, Herb Lubalin was among a core group of designers working at that time who really shaped my thinking. As I learned more about the history of graphic design, Lucian Bernard’s work made an enormous impression on me and became one of my early design heroes. Looking at how Bernard’s work helped pave the way for Lubalin (and many, many others), led me to consider how this approach has continued to evolve.

To see some great examples of how the use of typography as the principal design element has further evolved beyond the work of Herb Lubalin, check out the work of Paula Scher. Scher is a very thoughtful and influential designer and illustrator, and principal at Pentagram. Her work brilliantly explores the use of typography as a primary and expressive element of design.

Paula Scher and samples of her typography-centric design. 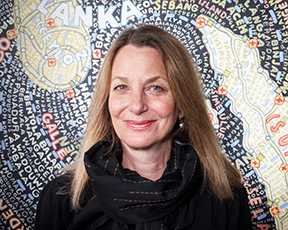 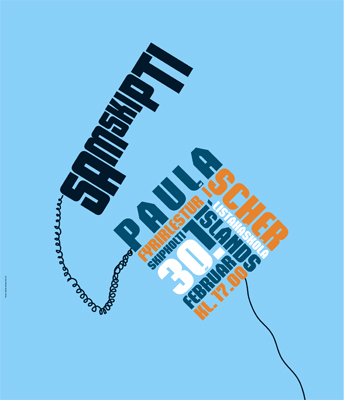 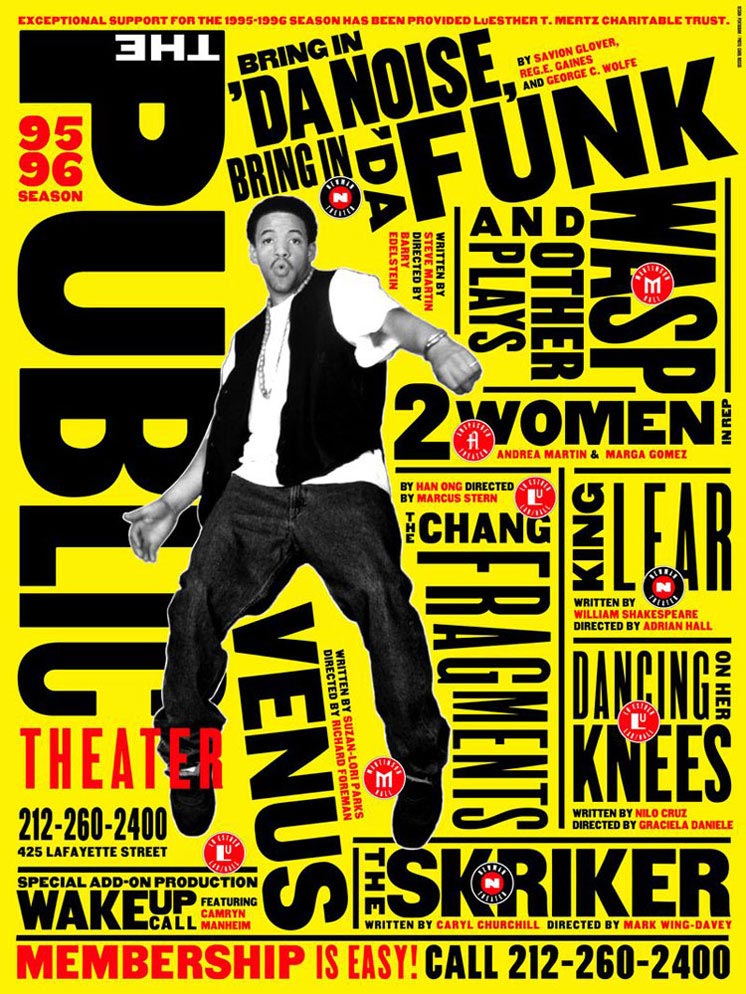 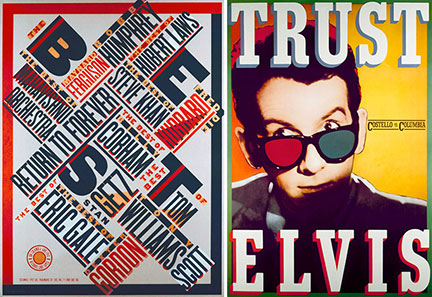