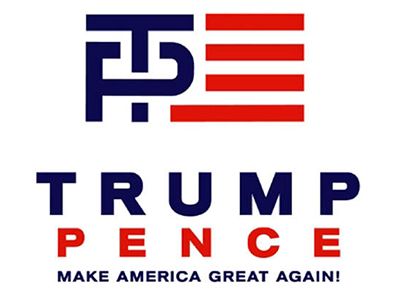 With the introduction of the second Trump Pence logo, (the post-fiasco version, without the inadvertent and highly ironic suggestion of sexual intercourse), and the Clinton Kaine presidential campaign logos, it was plain to see that the relative size of the Presidential and Vice Presidential candidates names in each one varied significantly. Given Trump’s immense ego (I have to believe even his most ardent supporters would acknowledge this much about him), such a big difference in the size of his name and Pence’s is not surprising. This logo clearly tells us who’s the important one. The Clinton Kaine logo, with their equal sized names, is a marked contrast. (Though this Pentagram designed logo features an icon with some problems of it’s own. Note that the arrow was changed from red to light blue—but still points to the right. Now, however, when displayed along with the candidates names, the right-pointing arrow makes more sense.) 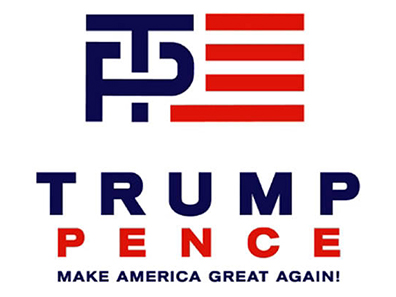 Of course, hopefully prompted by a desire to serve, and on the rational side of megalomania, anyone who thinks they should be President must have a pretty healthy ego. The size difference in Trump’s logo is obvious and not at all surprising. He’s adamantly established that size matters to him—a lot—but before reading too much into it, it seemed that checking out campaign logos back to the Eisenhower-Stevenson campaign would provide some historical perspective. For much of this time period, for better or worse, there really weren’t logos, as the notion of branding a campaign hadn’t yet occurred to anyone. Without brand police, there were wide variations in how names were displayed to work for a specific application including posters, buttons and bumper stickers, but the relative size of names was consistent throughout.

I was very surprised to see that after Trump Pence, the Obama Biden logo actually had one of the largest size differences. This logo also used a light blue for Biden’s name to further subordinate it to Obama’s. It was widely declared a great success from both design and branding professionals, and most importantly, by much (or at least enough) of the electorate. With this appeal, it seemed that the size difference between Obama’s name and Biden’s went unnoticed. This emphasis on Obama’s name seems to be driven more by marketing considerations than ego. The focal point of the Obama Biden logo was the graphic which became more prominent in 2012. Now without any graphic element, all there is to see with the latest Trump Pence logo are the names, making the size difference even more apparent. 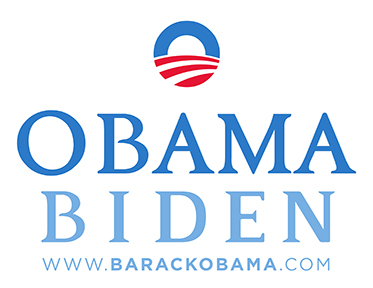 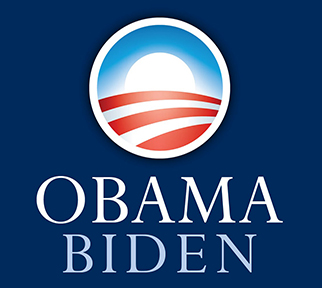 Obama Biden, 2008 and 2012: A font change, a dimensionalized logo and Obama’s name gets proportionately bigger.

Looking back you can see that the relative size of each candidates name for each ticket has not varied much over time. Most names were close in size, presenting the candidates as a true team (even if the behind the scene truth was otherwise). However, in some instances, this changed for re-election campaigns. 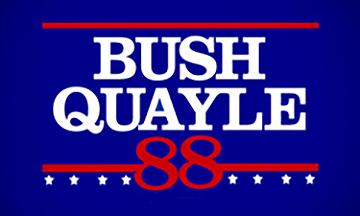 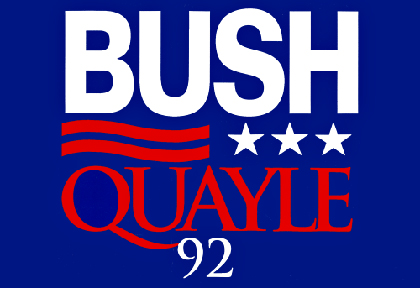 The most notable was the change from the 1988 to 1992 Bush Quayle campaign logos. Based on his performance as VEEP in the first Bush Quayle administration, Quayle, who was now very clearly “No John Kennedy!”, became a liability if not a “plus”. As a result, his name was made much smaller for the 1992 campaign.

The names have changes, but for the most part, not the sizes: 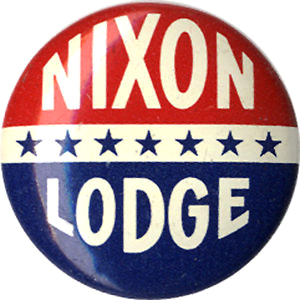 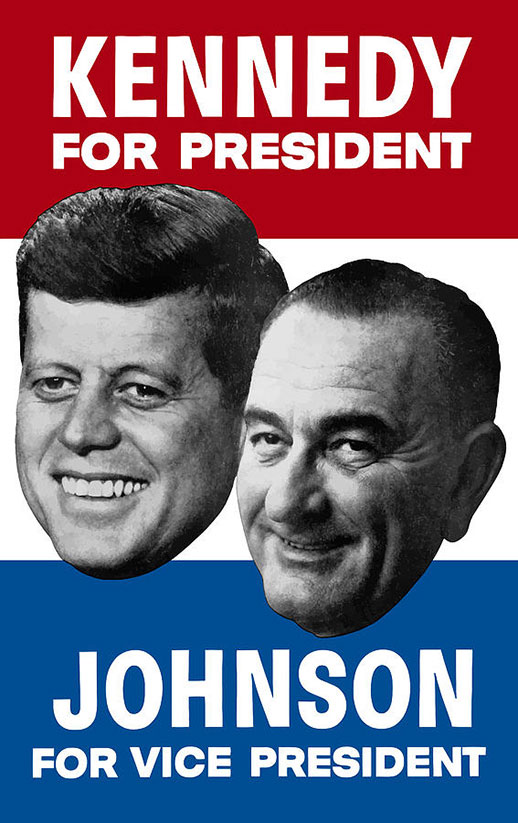 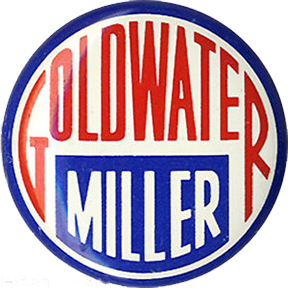 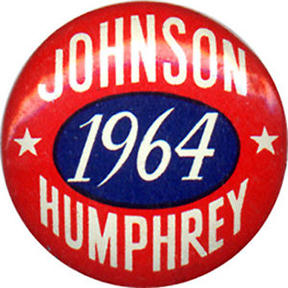 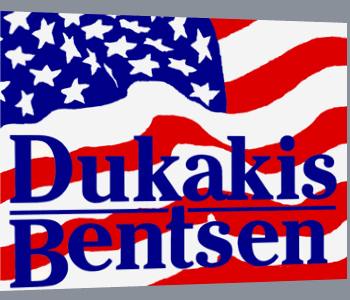 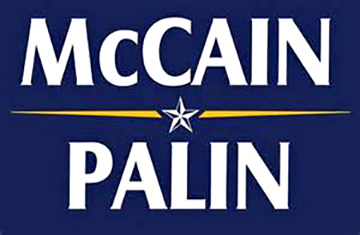 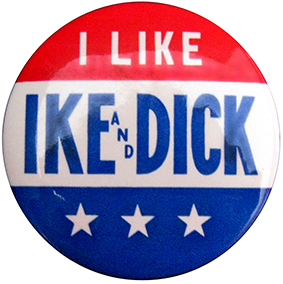 1956: When America was on a first name basis with the candidates

One other change I found interesting is the use of first names. Ushered in with the “I Like Ike” slogan, the use of first names was more common in the fifties than it is today. Maybe at that time presenting candidates on a first name basis was seen as genuine. Perhaps in part, names Ike, Adlai and Estes worked a lot better than Bill, George, Bob or John. In 2008 the name Obama was different enough for America, but in 2016, the effectiveness of the “Bernie” campaign tells us first names can still be powerful and familiarity genuine—maybe for Hillary too, but definitely not for Donald.